Joy at being forgiven! 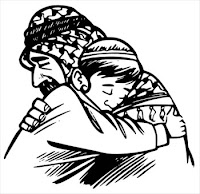 “Guilty!” everyone guilty? Guilty of what? Guilty of over-parking? Guilty of lying? Guilty of arrogance and hubris toward the one God? Guilty of “borrowing” not to say embezzling? Guilty of unfaithfulness to a faithful wife? Guilty only of evil thoughts – or evil plans? Guilty before whom? Is a police officer following? Did anyone see? Will they be likely to notice it? Does he know about it? But that isn’t technically illegal, is it? I can make it up. I will give it back. I’ll apologize. I wasn’t myself when I did that. No one knows about it. But I’m going to quit. It’s a dangerous habit. I wouldn’t want the children to see me. How can I ever straighten it out? What’s done can’t be undone.” - Karl Menninger
Many times believers go around carrying the guilt of their sins or wrong doings. In many cases people don’t confess their sin. Sometimes people get used to some sinful actions in their life to such an extent that they no longer feel like confessing it or asking God’s forgiveness. It becomes a habit in their life. But deep inside of their heart they will know that it’s wrong and that will make them feel guilty. There are also people who confess their sin but still carry the guilt in their life. They don’t trust God to forgive them

The result of such life style is that you will never be able to serve the Lord or worship the Lord with freedom. The guilty feeling will always pull you back. It will always be there as a hindrance in your relationship with God.

The theme of psalms 32 is the true joy which comes with forgiveness. We have to ask God to forgive our sins and then only He will give us real happiness and relief from guilt. David says that what a joy for those whose disobedience or transgressions are forgiven and whose sin is covered. Again David says about the joy of those whose record the Lord has cleared of guilt and whose lives are lived in complete honesty.

But there was a time when David refused to confess his sin. He was silent about it. During those times his body wasted away and he groaned all day long. Day and night the hand of God’s discipline was heavy upon him and his strength evaporated like water evaporates in summer heat. Many times we can also have such times in our lives. We know it’s all going wrong but still we try to keep silent or refuse to confess our sin. When we read psalms 32:5, David says that finally he confessed all sins to God and stopped trying to hide his guilt. He took a decision or said to himself that he will confess his rebellion to the Lord. When he did this the result was that God forgave his sins and all his guilt was gone.

The key to receive forgiveness and lead a guilt free life is to confess your sins to God and stop trying to hide your guilt. There are people who say that you don’t have to worry about your sin and there is no need to confess it as Jesus has already died for you. There is no need to worry about the guilt as Jesus has already forgiven your future sins also. You just have to change your thinking. But it’s not a biblical teaching but a lie from the hell to destroy people’s relationship with God. Proverbs 28:13 says that “He who conceals his sins does not prosper, but whoever confesses and renounces them finds mercy.” 1 John 1:8-10 says that “If we claim to be without sin, we deceive ourselves and the truth is not in us. If we confess our sins, he is faithful and just and will forgive us our sins and purify us from all unrighteousness. If we claim we have not sinned, we make him out to be a liar and his word has no place in our lives.”

Let’s not deceive ourselves but rather experience the Joy which we receive at being forgiven.


Yours in Christ,
Tinku Thompson

Popular posts from this blog

Scripture Portion:- Luke 18:1-8
Observations The main observations:-
Jesus told his disciples a story.To show disciples that they should always pray and never give up.There was a judge in a certain city.He neither feared God nor cared about people.A widow of that city came to him repeatedly for justice.She had some dispute with her enemy.The judge ignored her for a while.Finally the judge was tired and he said to himself, ‘I don’t fear God or care about people, but this woman is driving me crazy. I’m going to see that she gets justice, because she is wearing me out with her constant requests!’”Jesus told them to learn a lesson from this unjust judge.Judge gave a just decision in the end. God will surely give justice to his chosen people who cry out to him day and night.He will not keep putting them off and will grant justice to them quickly.Jesus also asked a question.When he returns, how many will he find on the earth who have faith? Interpretation:- Always…
Read more

We are living in a time when wickedness has become a sort of style or fashion of the day. If we notice the news and keep track of the things happening all around us then we know that with each day wickedness is not only increasing but getting popular and accepted. What was in the list of wickedness few years ago is no longer there and has become accepted things. Its true with Christians also. Many things which are forbidden in the word of God is slowly creeping in and is becoming part of normal life. Tolerance is a good things but sometimes it can become dangerous in the sense that slowly it can make us cold. Last days I was meditating on a verse. Let me share it with you. Mathew 24:10-13:-

"At that time many will turn away from the faith and will betray and hate each other, and many false prophets will appear and deceive many people. Because of the increase of wickedness, the love of most will grow cold, but he who stands firm to the end will be saved."
In these verses when J…
Read more 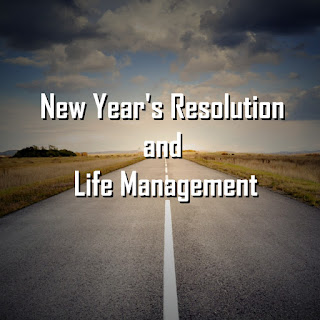 Another episode of Gospel Talk Podcast is out. The topic is New Year's Resolution and Life Management.
Some of the questions answered are: -
What is the New year Service Tradition in churches? Is it biblical?Why do you think people make resolutions and decisions on New year timeframe?How do you manage time which so many things?How can we ensure there is regular family prayer?How do you prioritize?How do you decide when there are more than 1 thing scheduled at the same time?What does the Bible say about the use of our time?
RSS Feed: https://feeds.feedburner.com/gospel-talk Google Play: https://play.google.com/music/m/Ixc3sxgrslz7vcb54vv4hsrb2qu?t=Gospel_Talk
iTunes: https://itunes.apple.com/us/podcast/gospel-talk/id1449226248
Read more