Relationship between Christianity and Culture 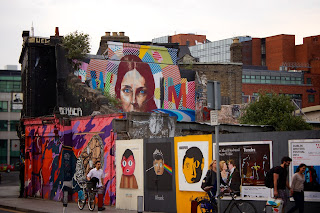 According to J. Gresham  Machen, one of the greatest problems that has agitated the Church is the relation between knowledge and piety, between culture and Christianity.  He defines Christianity as a way of life that is founded upon doctrines which is considered as objectively true. Culture is defined as those intellectual forces in the world that are hostile to the claims of Christ and these make it problematic for Christians living in a pagan culture. Most of the time Christians are unprepared to face this challenge since our education system keeps religion and culture as far apart as possible and no question of joining them together is allowed to arise. In the study of philosophy, religion is kept at the background while on Sunday the sermons do not encourage thoughtful reflection. The scientific spirit seems like it is incompatible with the old spirit of simple faith.  So it comes down to the problem of the relationship between knowledge and spirituality.  It is portrayed as if culture and Christianity are incompatible or as if they are in conflict with each other.

The three possible solutions to the problem discussed by Machen are:

Some theologians affirm that all truth is God’s truth. When extra-biblical truth claims are made, it is important to distinguish between God’s truth and Satan’s error. It is also important that we interact with these truth claims without undermining the principle of sola scriptura. I have seen many claims like animal signs of the Holy Spirit, which they claim to be biblical while we see that there is no support for such things in the Scriptures. One place to validate all claims is the Bible, and we should make sure that all claims conform to it.  All claims should be validated before being embraced.

There are various ways in which truth claims can be validated. I think at first we should use God-given wisdom to discern the truth. The church is a good place to validate such claims and it can be safely discussed and challenged there. We should be patient and wait for the result or fruit which is produced as a result of any truth claims. Once I encountered a challenge in which a person started teaching free grace and taught people that God has no problem with sin. He went to the extreme where people started believing that they can do anything they want in life and God is not concerned with sinfulness in people. This resulted in one woman destroying her spiritual life and having to go to a physiatrist.  We can clearly understand that any truth claims which have a Biblical basis should not result in this kind of problem. All truths which are true should lead people closer to God and liberty. So we can understand that patience and discerning the truth claims is important before accepting it as God’s truth. We should never forget that Satan can also deceive people and try to present deceptions as truth.

Email ThisBlogThis!Share to TwitterShare to FacebookShare to Pinterest
Labels: Concerns, faith, Others