Below is a reflection from Kingdom Ethics: Authority and Scripture. 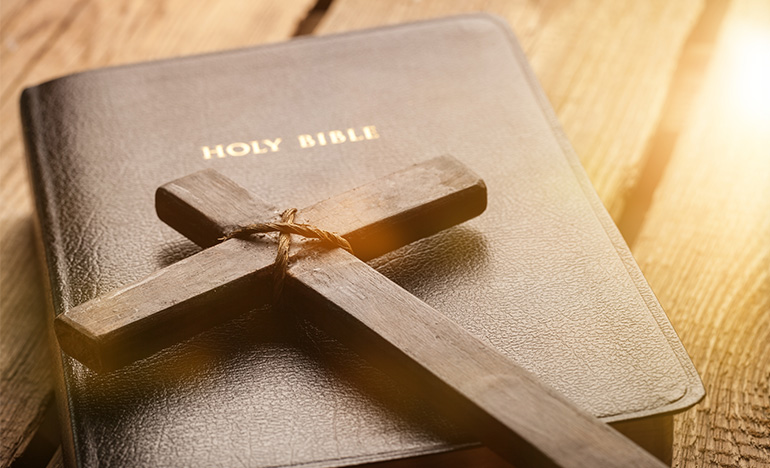 The two key methodological issues in Christian ethics raised by Jesus when he talks about law and the prophets found in Matthew 5:17-20 are:

The issue of biblical authority is a recurring question in church life and Christian ethics. If the church is functioning as it should, it will continually and very earnestly engage in a search for authoritative direction and insight concerning its character and its conduct. It is not enough to say that Scripture, tradition, divine guidance, conscience, church leaders, and the other function as the sources of authority. Christians need to know which among these sources they should really use and how to order and rank the constellation of sources to which they turn. Jesus Christ in his teaching and preaching constantly upheld the Scripture quoting, alluding to, or showing the impact of all aspects of his Bible. It is clear that Jesus immersed himself in the Scriptures, knew them well, and lived out what he understood them to teach. Jesus’ discussion of the Pharisaic/ Rabbinic religious tradition makes the centrality and the authority of Scriptures strikingly clear while also revealing his approach to tradition itself. On a scriptural basis, Jesus rejected the tradition. For Jesus, a clear distinction existed between the Word of God and human tradition. Jesus clearly cherished the Jewish religious tradition and participated in it in a wide variety of ways but he insisted on subjecting the tradition to Scripture and to God’s creative and redemptive intentions. The place of divine encounter in the life and ministry of Jesus is apparent, Though Scripture records no direct example of Jesus’ moral teachings flowing out of the divine encounter. Jesus frequently retreats into prayer, especially before major decisions and experiences. There is no mention of what happened during these encounters but his teaching and preaching reflect the impact and centrality of Hebrew Scripture. Even his central teaching concerning the kingdom of God is a biblical concept and it is not something he discovered and created through his encounter with God. Christian ethics has repeatedly addressed the sources of authority and they have identified it in the use of the Bible.

If Scripture is to be so central, a source of authority, we must be careful about how we interpret it for Christian ethics. We can see that the Sermon on the Mount is best understood as a series of interpretations of teachings in the Torah and the prophets. For Jesus, the Hebrew Scriptures were to be interpreted not through the grid of Rabbinic Scribal Casuistry dominant in his day but instead that offered by the prophets of Israel. Jesus interpreted the Torah as a gracious, divine covenant rather than as the law. Jesus understood the Torah as an expression of God’s grace just as the Exodus was an expression of God’s grace. Interpreting Scripture through a prophetic grid leads to a moral than on the cultic aspect of the law. Jesus had a prophetic rather than a legalistic understanding of the content of righteousness. Jesus repeatedly calls his listeners to turn from an emphasis on ritual defilement and outward purity and to an awareness of the wellsprings of real moral purity. Jesus’ emphasis on the heart is apparent through the Sermon on the Mount and it should not be misconstrued by saying that conduct does not matter but only the heart’s attitude matters. Jesus whole-heartedly affirmed the validity and the continuing authority of the Law and the prophets. Obedience, deeds, and practices are the keywords and they are not merely assent to the right moral convictions. Scripture is the central source of authority for Christian ethics and Jesus is the key to interpret Scripture.