Racial discrimination is a big issue which this country has faced and it has its influence in every social-political structure. Justice rather than reconciliation is the better rubric under which to consider the issue of race. If reconciliation is understood as the repair of broken relationships and the restoration of trusting an intimate community between persons and groups, then justice is its first step. Racial reconciliation is not possible unless there is first the redress of race-based or race-lined injustice.

Some of the injustice can be seen in the violent crimes and death committed against Black people or a particular group of people. We see hate crimes and death penalties handed over to a particular group of people. This has led to a reduction in life expectancy. Many of the political decisions and steps taken are racially biased. We see power imbalances and discrimination at every level. We see from history that there existed housing discrimination and exclusion from voting rights. Even some people are excluded from churches and other voluntary associations.

God-given diversity of human family was twisted by sin into the destruction of human community long before the first slaves reached this country. The Bible records the conflicts between the human people groups and offers rich normative resources for racial justice and reconciliation. There are distinctions drawn between the Israelites and other people and these are religious-moral rather than racial. Jesus clearly undertook his ministry within the Jewish context but much of the ministry was focused in Galilee and he also visited non-Jewish areas.

There is a need to overcome these differences and provide justice for people who have suffered as a result of racial discrimination. As Christians, we need to learn to see people in the way God sees them. All human beings are the creation of God and every one is created in the image of God. This does not mean that we do something which may display that we see everyone as equal but it has to come from deep inside of us and it needs to be reflected in our words, actions, and thought.  I believe that it will require a lot of repentance or intentional effort from our side so that we see people as equal and not discriminate based on the color of skin or any other physical traits. The main point is that we cannot ignore justice in any form of reconciliation we aspire to have with people whom we betrayed or oppressed.

Most people will agree that God has a purpose for their life. Many have a genuine desire to do something for the Lord. How will we do anythi... 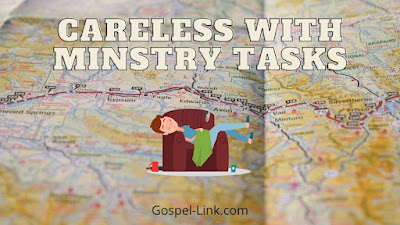 Tinku Thompson
Tinku Thompson serves as the Pastor of the Minnesota Pentecostal Assembly, which he pioneered along with a few others in 2010. He also serves as Secretary/ Director of Operations for ICPF International Inc. He grew up in India, worked there for many years, and was involved in various ministries before moving to the US in 2006. He holds a Master’s degree in Computer Science and has completed his Masters in Theology from the University of Northwestern, St. Paul. In 2020, he completed a Doctor of Ministry degree from Bethel Seminary, St. Paul, with a dissertation focused on Theology and Artificial Intelligence (AI).