Relativism is a knowledge-denying claim i.e.; that truth claims are really just opinions or culturally-shaped perspectives. Facts, moral precepts, or values can be true for you and at the same time not true for me. Relativists deny that objective universal truth exists. Many Christians struggle to respond to relativism and fail to live a faithful life in a morally discouraging culture. The culture war between truth and relativism is not at all new and the belief that universal objective truth does not exist (alethic skepticism) or cannot be known (epistemological skepticism) is not a latecomer to the Western civilization. Although relativism has intermittently appeared and reappeared throughout history, its dominance of culture is new. They argue that rather than having a significant voice in public life, religion has to be relegated to private and personal life. Relativism is a knowledge-denying enterprise and if you say you know something you are not really a relativist. It claims that knowledge is unattainable and objective relativism tells us that no truth is objectively true or false. One person’s truth which amounts to opinion can conflict with another’s truth and still both can be valid.

Religious relativism maintains that one religion can be true for one person or culture while untrue for another. Religious beliefs are seen as simply an accident of birth and are a product of historical happenstance and the argument goes that no single religious belief can be universally or objectively true. Moral relativism rejects any binding moral values for all maintaining that there is no objective ethical right and wrong and that morality is an individual or cultural matter.

Relativism is an assault on the truth but at the same time, it has its cultural implications. On the religious front, persuasion is prohibited and evangelism is seen as cramming your religion down someone’s throat. Sharing about Jesus gets people upset and evangelism implies that you believe that your news is true and you believe that your hearers should turn from their present way of life. Another implication “is to be exclusivistic is seen as arrogant.” The variations of religious beliefs in the world claiming to know something others don’t must be wrong-headed and erroneous. Another implication is that tolerance is the cardinal virtue implying that someone is wrong sounds terribly intolerant when tolerance popularity is defined as (being open or accepting of all ideas). For example, what homosexual activists call tolerance is an unconditional acceptance of their lifestyle as legitimate and right. A final implication of relativism perhaps best explains how disputes over truth can begin to feel like a war. “Absent the possibility of truth, power rules the day.” i.e.; once the truth is whatever we say it is, asserting power over others is a natural next step.

On the surface level, relativism sounds relaxed and easy-going. When we think through its implications and apply them rigorously to life, we see the pitfalls of being so accommodative. 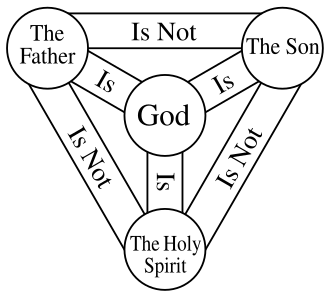